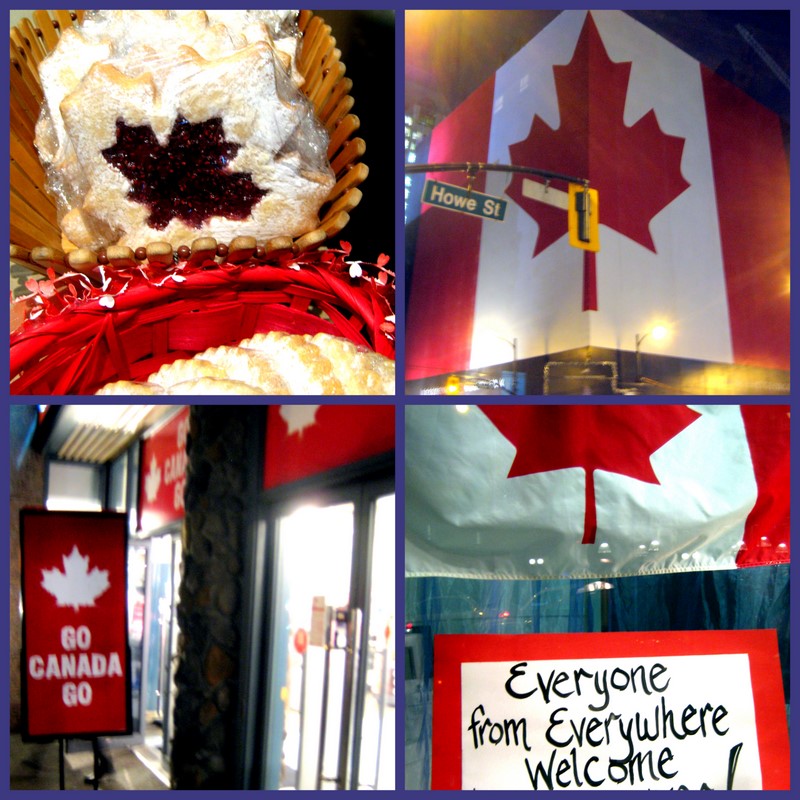 Canadian nationalism, it’s everywhere, it’s Olympic, and most charmingly, it’s all in Red + White.  After the latest Almodovar film, I cannot resist that color pairing, no matter how unpatriotic it makes me.

Vancouver has turned blue + green, welcoming the Olympic world next week, but there’s plenty of red & white mapleleafs around town too.  Lots of shop windows downtown near Seymour Street, all of them filled with very well-lit nationalist (and usually headless) Canadians. 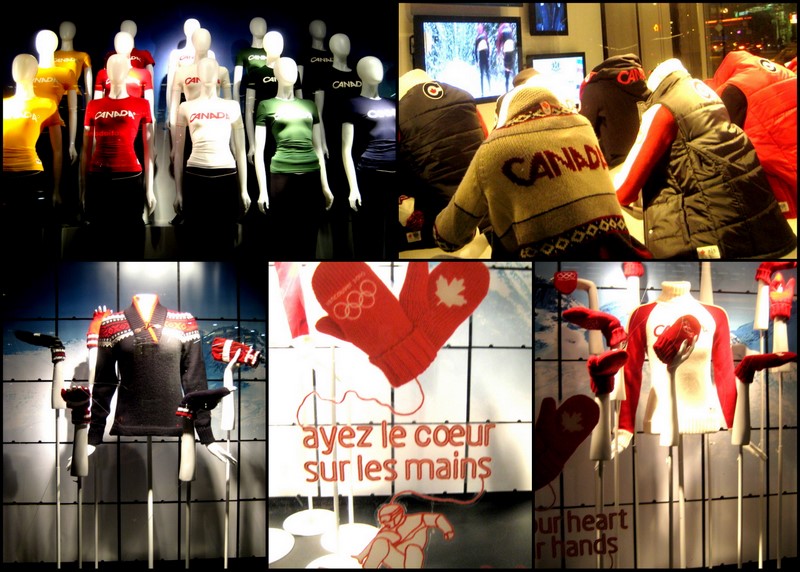