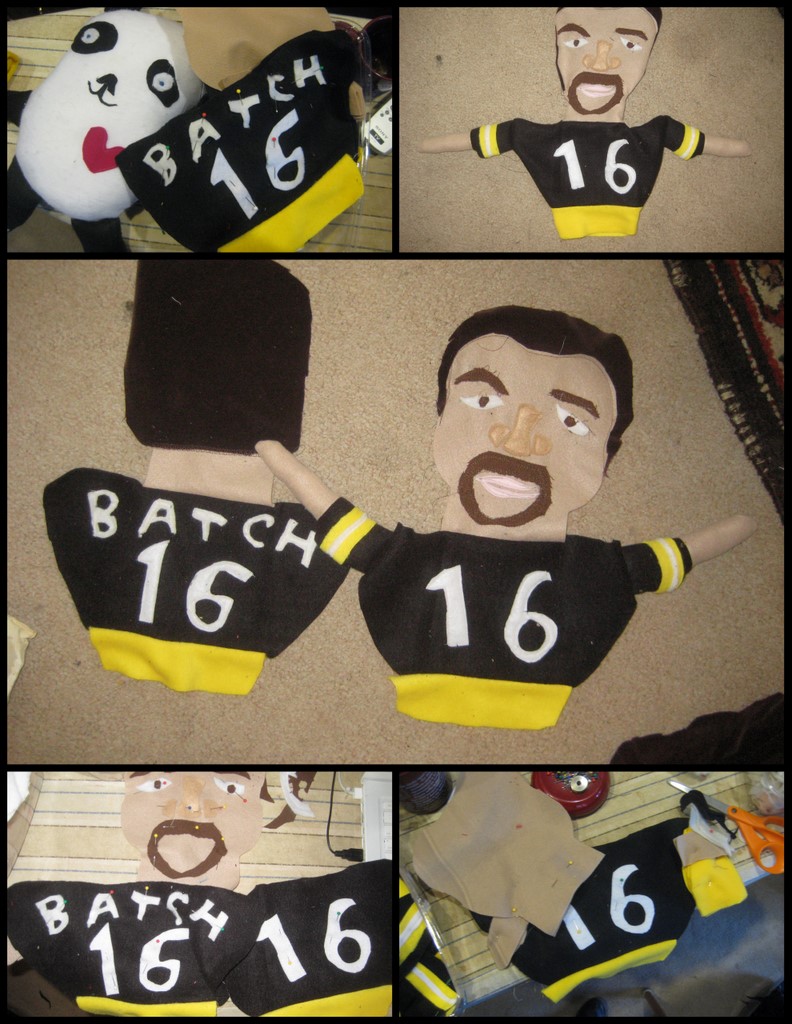 I promise never to make a Ben Roethlisberger doll, and I guess I’ll never make a Santonio Holmes one either (barring some prodigal return down the years).  But that’s okay, because it’s all about Charlie Batch.  Even if he is not going to be starting this season — which may, according to some rumors, be an intentional bit of genius, to achieve a season-ending injury in every pre-season, thus allowing him to be a citizen of Homestead and not suffer any depressing blows to the head — he deserves to be enshrined in doll form.

So I made my first Charlie Batch, miniature, for this past weekend’s I Made It Market!  Now he lives in Homestead, in the Tin Front Cafe, on the old Back Bar salvaged from the late-great Chiodo’s bar.  Now I just need to manufacture a few more — one for his mom’s UPS store, one for Lucy, and maybe one for me too. 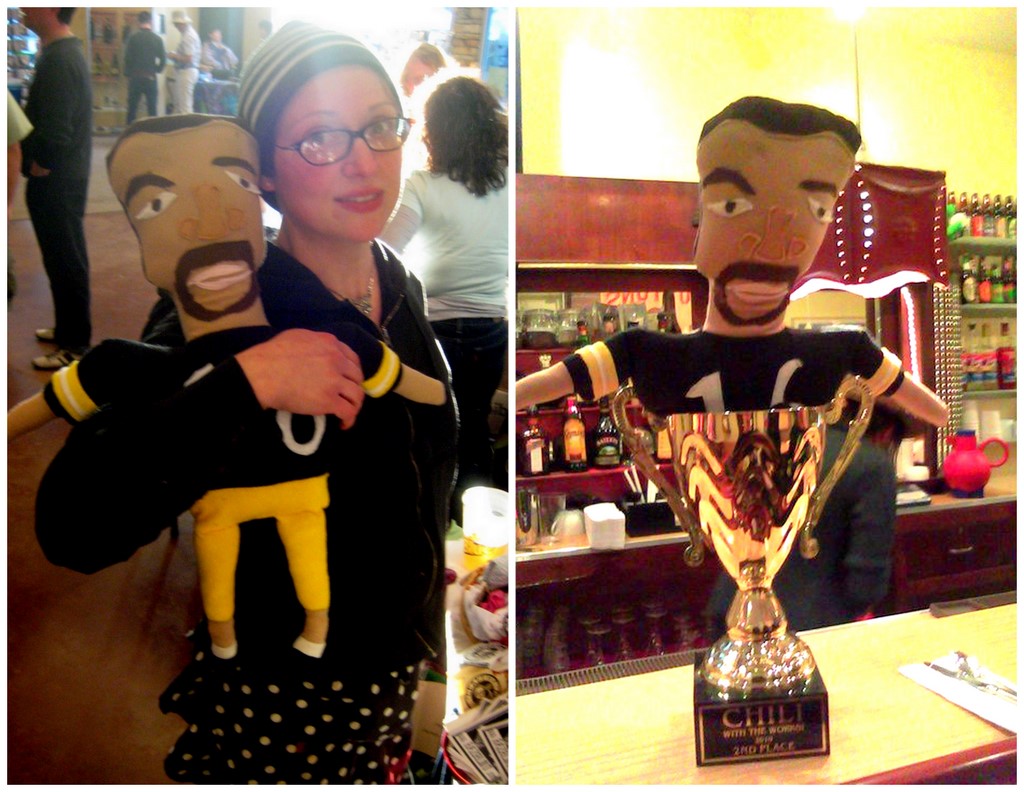